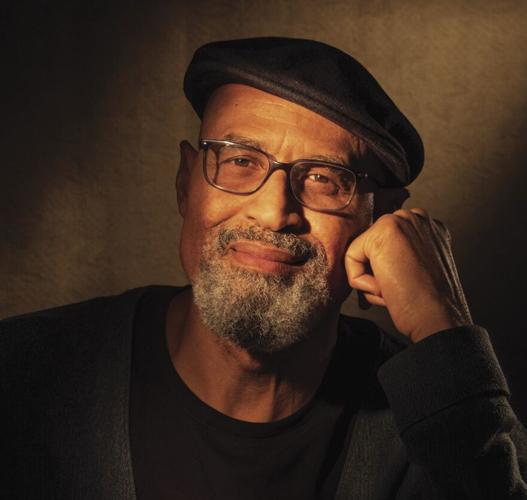 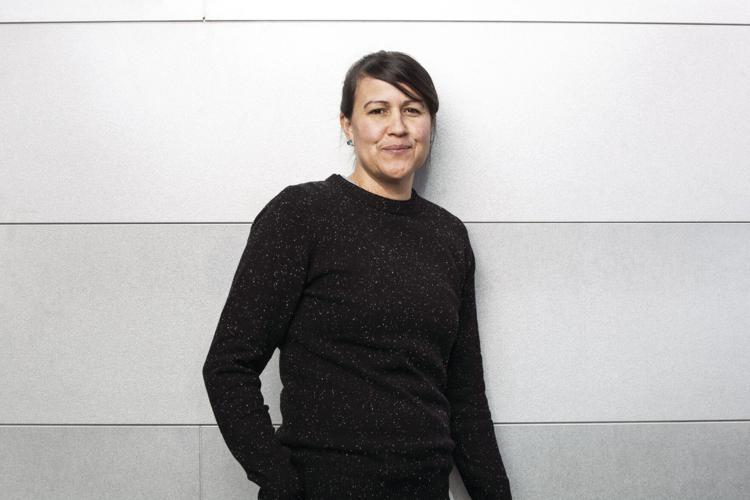 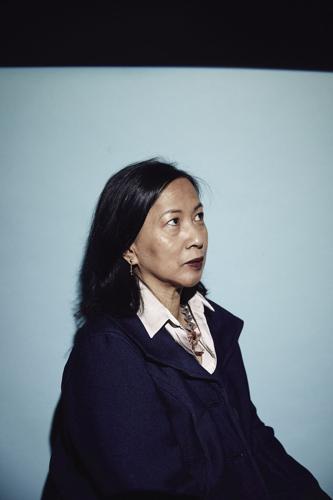 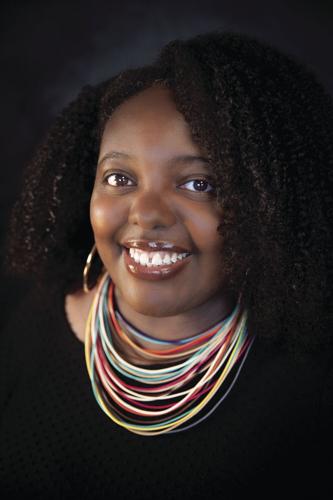 With an astounding pedigree, Old Dominion University is where bards flourish

Having one Pulitzer-winning poet would be something to brag about, but in fact, ODU has been producing great verse for more than 40 years. It’s the only school in Virginia with two faculty members named poet laureate in the past decade – Tim Seibles, a former professor, served from 2016 to 2018.

So, what is it that makes this modest university on the banks of the Elizabeth River fertile ground for poetry?

One factor is ODU’s diverse student population, ranging from first-generation students and those with military ties to midcareer professionals searching for their second act. Another is classroom settings that encourage experimentation and deep dives into recommended readings, plus student gatherings where drafts are workshopped over nachos.

But the foundation seems to have been laid in a surprisingly small window – roughly one semester in the late 1970s. A perfect storm of insight and opportunity hit Norfolk in the form of a literary festival, a writers group and a Pulitzer-winning poet who only briefly called ODU home.

W.D. Snodgrass, winner of the 1960 Pulitzer for his first book of poetry, “Heart’s Needle,” joined the English department in 1978 as a visiting poet and lecturer for the spring term. Around the same time, the Association of Writers & Writing Programs established its new headquarters in Norfolk. AWP, a national nonprofit founded in 1967, was expected to bring prominent writers to ODU annually as well as sponsor workshops and symposiums.

This was crucial to ODU’s burgeoning creative writing program, according to professor emeritus Philip Raisor, author of eight books of poetry, nonfiction and criticism who helped expand the English department’s offerings starting in the 1970s. He also shepherded AWP’s arrival and served on its board as the university’s liaison.

With similar programs already in place across the country, being affiliated with AWP gave ODU a better chance for success, Raisor says. People at writers conferences started asking, “Well, where is Old Dominion?”

Raisor says the festival arose from conversations with Snodgrass, a graduate of the University of Iowa’s illustrious Writers’ Workshop. “So, I asked him one day, I said, ‘De, what if you and I just decided that we wanted to put together a literary festival. What do you think?’ He said, ‘Well, I’ve got some ideas, but you’re gonna have to do all the work.’ ”

Poetry Jam, held in April 1978, was a two-day baby step into what would become an annual weeklong tradition known as the ODU Literary Festival. Thousands would attend to see nationally known figures like Snodgrass (who died in 2009), as well as Tidewater talent. In the early days, the festival coincided with AWP’s annual board meetings – members like Pulitzer winner and former U.S. poet laureate Charles Wright, who spent nearly 30 years at the University of Virginia, participated early in their careers.

By the time AWP relocated to George Mason University in Northern Virginia in 1994, ODU had established its Master of Fine Arts degree program in poetry, fiction and creative nonfiction. And the school was building a solid foundation of writer-educators, Raisor says.

The roster included poets like Scott Cairns, Seibles and eventually Igloria, as well as novelists such as Janet Peery and Sheri Reynolds, now a New York Times bestseller and current chair of the English department. “We got the right people into the program, and then they took it and they built it,” says Raisor, who retired in 2007. “And it’s theirs now.”

The MFA in creative writing – one of seven in Virginia – is considered a flagship program at ODU and one of the most successful. For the past three years, average enrollment has been 31 students, with 10 to 12 admitted each cycle, according to the school. The degree is designed to be completed in three years for full-time students and up to six years for those attending part-time.

Recent poet faculty hires include Benjamin Naka-Hasebe Kingsley, winner of the 2020 Library of Virginia Literary Award, and Molly McCully Brown, also an essayist, whose work has appeared in The Paris Review, Tin House, The Guardian and elsewhere.

“So many of us were drawn to the [creative writing] program because of the strength of the program,” says Remica Bingham-Risher, an undergraduate alum who is ODU’s director of quality enhancement plan initiatives. “But we were taught how to be poets by the poets on the ground.”

Bingham-Risher herself is an award-winning poet, interviewer and essayist whose work has been featured in The New York Times, The Writer’s Chronicle, Callaloo and Essence. She has three published collections of poetry and has been a featured reader at, as well as director of, the ODU Literary Festival.

She came to the school as an undergraduate specifically because of Seibles, after discovering a copy of his book “Hurdy-Gurdy” on a thrift store shelf. She says it was kismet when she found his name on ODU’s website, and she was determined to “weasel my way onto his advisees list so I could learn from a master poet.” Bingham-Risher devotes a chapter to Seibles in her soon-to-be-released collection, “Soul Culture: Black Poets, Books, and Questions That Grew Me Up.”

Tracy Rice Weber says “never in a million years” would she have pursued an MFA if not for two classes she took decades ago with poet Toi Derricotte, a nationally lauded writer whose career included a stop at ODU in the late 1980s. Rice Weber completed her graduate degree in May 2021 after retiring from a 35-year teaching career. Her first collection of poetry, “All That Keeps Me,” was published in 2021 and was written at the encouragement of Igloria.

Diaz, an earlier advisee of Igloria, was a standout basketball player for the Lady Monarchs. She earned her undergraduate degree in 2000, and after playing basketball professionally in Europe, she returned to ODU for her MFA, which she received in 2007. In the acknowledgements of her 2012 debut collection, “When My Brother Was an Aztec,” she thanked ODU’s creative writing program for providing opportunities that were important to developing the manuscript, which had been the basis for her graduate thesis project, according to Igloria.

Diaz, who is Mojave and an enrolled member of the Gila River Indian Tribe, told the nonprofit news organization Indian Country Today that it was Seibles who modeled for her a merging of sports and creative writing. “The way he moved his hands and his body when he read, it was the embodiment of the athleticism of poetry,” Diaz said. “A whole world opened up to me.”

Seibles was a 2012 National Book Award finalist for his poetry collection “Fast Animal.” He calls Diaz an “amazing revelation” and someone who was likely to be “a pretty damn good writer” wherever she landed. “We were just lucky enough that she was in our program.” (Diaz could not be reached for this story.)

Bingham-Risher was an undergrad when Diaz was pursuing her MFA, and she watched Diaz develop her craft within both the formal ODU community and the informal Tidewater community of writers. “To see her really flourish, then to get to see her be an outgrowth of the program, it makes all of us feel like we’re on the right path,” Bingham-Risher says.

In extending that path, ODU wants to be known for the good work and writers it produces, says Reynolds, the current chair of the English department. But it’s not trying to be the top creative writing program – being small has its perks. Among them is the one-on-one tending that helps students grow in individualized ways. “We’re trying to create,” she says, “the best writers out of the people we … have the honor to work with.”

Furrowed brow. Pursed lips. A fleeting smile. A sharp intake of breath to gather strength for what is to come.

The image of an art collector for most of us is someone extremely wealthy, and probably a little stuffy. They hold fundraisers, donate collect…

BEING SOCIAL: The return of RVA Fashion Week

The 14th annual RVA Fashion Week returned this year in style. The festival, which celebrates and supports designers from across Virginia, kick…

BEING SOCIAL: Three Sheets to the Wind at Short Pump Town Center

Hundreds gathered at Short Pump Town Center in June for a night of wine and yacht rock. Part of the Town Center’s Sippin’ on Summer Concert se…

Few things in the history of the world have provided as much practical use as maps. What started as scratches in the dirt and drawings on cave…